Long before Adam and Eve, long before the Egyptian god Ptah and Sumerian god Anu, humankind was thriving in a series of Golden Ages. The Greek poet Hesiod wrote of a cycle of Golden Ages but could provide little information other than to arouse our curiosity.

The history of those ancient glories was never really lost. That history can be found in the tales of the ancient texts. We call them myths and generally view them as fiction. While written about characters referred to as gods, they are really about the stars and bodies of Earth’s solar system. Some of these stars were supernova – often described as having the “brightness of a thousand suns.” These same ancient texts tell us where to find these supernovae. I hope you enjoy this Chronology of the Primeval Gods.

When we start looking at these myths in terms of the timeline established for some very specific supernova – only then can one appreciate the awesome value of these “myths.”  Humankind has been recording the history of the stars for over 140,000 years in the form of myth. They provide insights into the worlds of our most ancient ancestors.

This Chronology of the Primeval Gods video series takes us down a path of knowledge we have been repeatedly told does not exist. The ancestors that preserved that knowledge for us did so for some very specific reasons. Those reasons are provided in these myths just as much as the information about the stars.

The primary purpose of this series is to restore the integrity of the ancient texts. When civilizations were dying, our ancestors cherished these learnings above all the things they could pass on to us. Nothing else remains of those times except these stories. There is a reason for that which becomes clear as one understands these ancient legends.

Want to learn more? Read the excerpts from my book, Enoch and the Watchers.

Videos will be uploaded as they are completed, so check back!

While the well-known ancient gods of Western culture are bodies in the solar system, the older, primeval gods represent celestial events such as supernova.  Ancient myths capture the stories of the primeval forces that overpowered Earth as a result of these supernova. (28:12) Watch the video

Primeval Origins of the Zodiac

The symbols of the Zodiac have long lost their original meaning. The legends behind these symbols describe celestial events that reach back over 40,000 years, long before the Zodiac was re-written by the Sumerians, Egyptians and Greeks. (28:38) Watch the Video 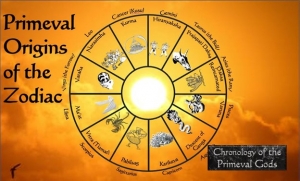 The Shining Demons were the first of three reincarnations of the celestial guardians of the Galactic Center of the Milky Way. They are located in the region of Sagittarius A. Ravaging Earth from 39-34,000 years ago they represent the myths of Varaha the Boar, Kurma the Tortoise and Narasimha the lion-man. (25:30) Watch the Video 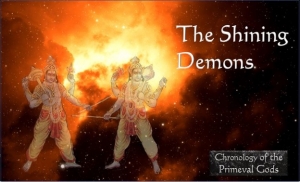 The Sacrifice of Daksa

The Sacrifice of Daksa occurred 33,000 years ago at the outer edge of the Milky Way near Orion. This supernova laid the foundation for demise of the Devas and Asuras (Denisovans and Neanderthals) and the rise of Humankind. (25:37) Watch the Video 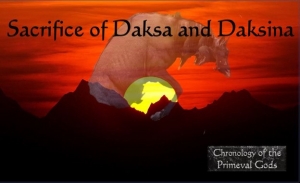 The Celestial Dragon was the second re-incarnation of the Guardians found at the Galactic Center starting 13,500 years ago and ending with the Great Deluge of Noah. This event represents the classics Enuma Elis and Battle of the Titans. (30:59) Watch the Video 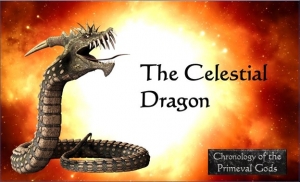 The Beast was the third re-incarnation of the Guardians found at the Galactic Center starting 9,000 years ago and ending with the Great Deluge of China. This event represents the classics Mahabharata and St. John’s Book of Revelations. (27:54) Watch the Video 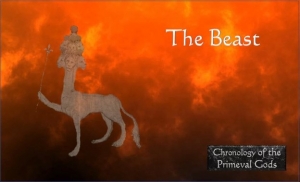 An overview of the first ten primeval gods of Western Culture as defined on the Turin Papyrus. Their myths are correlated to geography and the supernova Sagittarius A star. (29:31) Watch the Video 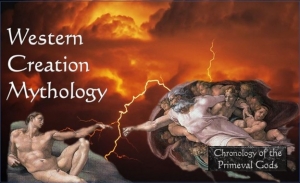 The Myths of Eden

Knowing when and where Western Civilization was born, the various myths of the Garden of Eden are scoured for clues. (28:15) Watch the Video 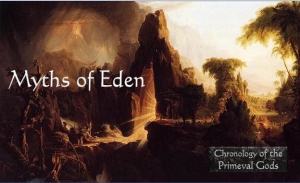 Egyptian and Vedic Journeys to the Underworld

Ancient texts describe journeys to the Underworld of the Egyptian pharaohs and the army of Rama. The landmarks described in these texts can only be found in an Underworld in Peru and Bolivia. (30:15) Watch the Video 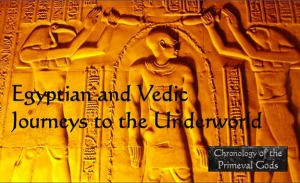 Sumerian and Enoch’s Journeys to the Underworld

Clues to the location of the Underworld are extracted from Sumerian texts and the Lost Book of Enoch. They point conclusively to the Underworld in the Andes Mountains of Peru and Bolivia. (34:41) Watch the Video 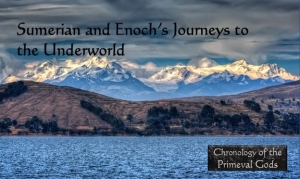 Naga and Adam and Eve

The legend of Adam and Eve is a major foundation stone of Western culture. Its Biblical version is quite different than its earlier versions which never suggest the notion of original sin. (30:52) Watch the Video 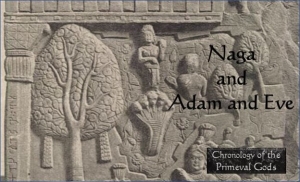 The Naga and Asuras of the Underworld left detailed records of the movement of the stars over thousands of years on the walls and monuments of TI.AN.NA.KU.  These maps describe the supernova of Sagittarius A Star. (20:13) Watch the Video 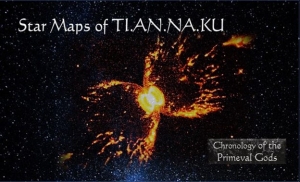 Various cultures have described the Throne of God, the Gates of Heaven and the home of the Vedic Trimurti as the Galactic Center. Hindu and Hebrew mythology also provide the first version of ‘big bang’ theory. (25:30) Watch the Video 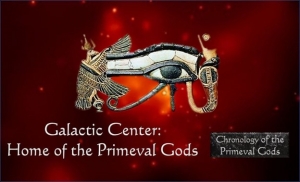 The region of Orion represents the home of a new age gods at the outer edge of the galaxy. The constellation of Orion the Hunter figures prominently but in three separate eras: 33,000; 12,700 and 6,300 years ago. (39.34) Watch the Video 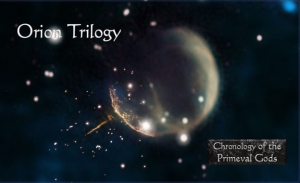 Gods of the Western Sunrise

No one wants to admit the poles can flip making the sun appear to rise in the west. Myths from many cultures identify this event by giving the sun rising in the west a different name. Legend tells us this has happened at least six times in the last 30,000 years. (24:36) Watch the Video 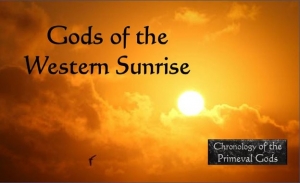 If mythology tells us Earth’s poles have switched positions six times in the last 30,000 years, there should be an explanation.  This episode explores the fluidity of Earth’s inner sub-core as the source. (31:59) Watch the Video 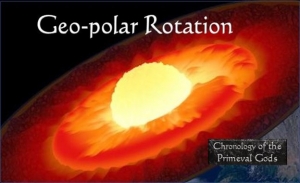 Axis Mundi – Center of the World

The bulk of mythology describes the last 40,000 years, but some myths are much older, going back as far as 130,000 years ago. That latter milestone is consistently repetitive…and overdue. (16:24) Watch the Video 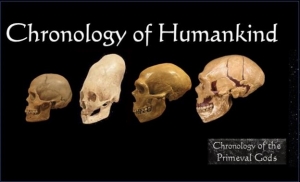